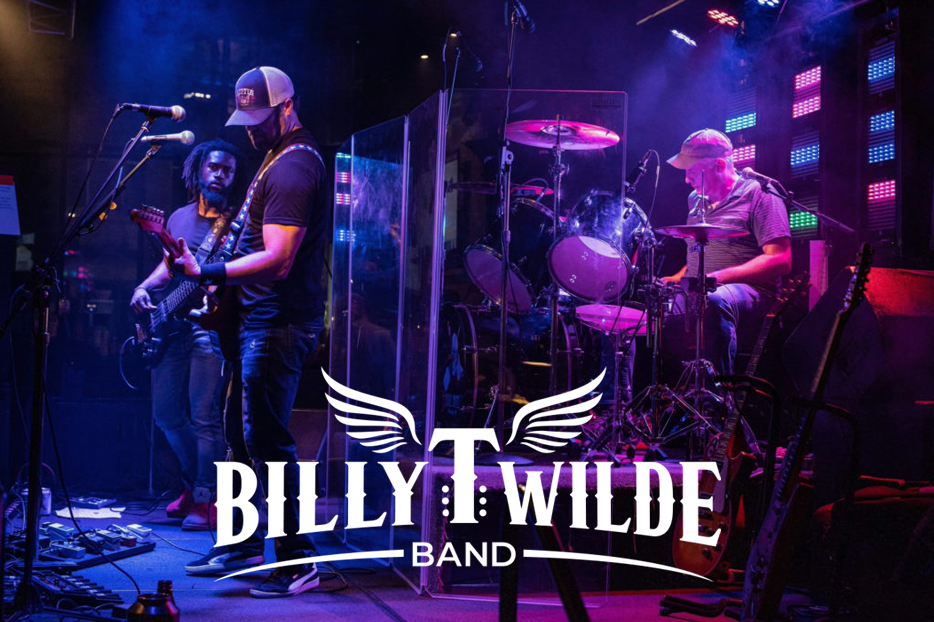 Currently hailing from our Nation’s Capital, Billy “T” Wilde is an American live performing, singer / songwriter.   With just his guitar and thundering voice, Billy performs both a stripped down yet high energy one-man-band act, as well as a duo, Blues, Pop / Rock group along with his percussionist.  He is part of a growing trend of looping artist’s that are able to use a looping pedal to layer musical harmonies to reproduce the sound, feel and energy of a full band.

Born and raised in the suburbs of Washington DC, Billy began playing piano at age 5 and soon added guitar to his musical repertoire ultimately becoming his main instrument of choice. “My family were really supportive of my love of music from very early on and took me to see live shows which influenced my love and desire to be a musician.” His early influences range from the Classic Rock icons like The Beatles, The Rolling Stones, The Who, and Led Zeppelin to solo artists like Jimi Hendrix, Eric Clapton, Sting and Prince.  He first started playing and fronting his own rock bands as a teenager and continued on singing and playing guitar in multiple regional mid Atlantic groups before branching out on his own.

Heavily influenced by American blues, soul and funk by the likes of The Isley Brothers, Stevie Wonder and Lenny Kravitz, Billy began to re-tool his sound, finally embarking on his solo career in 2009.   He quickly made a name for himself in and around the Nation’s Capital for his live shows, moving audiences with his passionate and high energy performances becoming one of the Washington area’s most popular live acts.

Today, with the help of his loop station, and sometimes a live percussionist Billy is able to intertwine layers of vocal harmonies and musical melodies to show case his powerful and dynamic vocals which can range anywhere from a beautiful falsetto like U2’s Bono, to the power grit of Bruce Springsteen, to the soulfulness of James Brown.   Add in his blistering lead guitar work that invokes the shredding prowess of John Meyer, along with the funk and flare of Lenny Kravitz and you have one powerful combination of sound.  His own original music is a hybrid of multiple genres with thought provoking yet heart felt lyrics.

Combining all the elements of all of his favorites forms of music, Billy “T” Wilde create’s a live show that is intimate and unforgettable and as he gears up for entering the studio for his next recording project, he is poised to make his mark on the Rock, Blues and Pop Genres.  Billy has performed in large concert arenas like the Patriot Center, & Jiffly Lube Live, outdoor festivals, and large night clubs to intimate bars as well as private and corporate events.  He has opened up for National Acts like Lincoln Park, 30 Seconds to Mars to Dave Mathews.  Currently he performs shows all around the Mid Atlantic area playing a combination of his own songs as well as popular covers from the 70’s 80’s as well as today’s biggest hits.  No matter what the venue, Billy ” T Wilde provides an exciting, high energy, full throttle show that will rock any crowd.  Come check out a show and experience it for yourself!

STAY IN THE KNOW!

Sign up to receive an opening invite and specials.